SHOP AMAZON FOR ALL YOUR KITCHEN & DINING NEEDS

Walking through the coffee aisle of your local grocer, you’ve probably noticed at some point that nearly, if not all, of the bags say “Arabica Coffee” or “Arabica Beans” on them. Ever wonder why? There are actually several different types of coffee beans, with Arabica being the most common. It actually accounts for 60 - 70% of coffee produced globally, but there are some other types that are far less common in the United States.

More often than not, when we think of how coffee is categorized and marketed, we’re usually thinking of things like roasting profiles or source of origin. This information is certainly helpful in identifying what to expect with a given coffee, but it doesn’t tell the whole story. Let’s take a closer look at what types of coffees are out there and what makes each of them unique.

As mentioned earlier, Arabica is the most common (and certainly most heavily marketed) type of coffee in North America. That’s because it actually has a sweeter, more delicate flavor and the coffee itself tends to be less acidic. Arabica beans are farmed in areas with high elevations above sea level, particularly those where rain is plentiful. In fact, Brazil, known for its lush rainforest, is the world’s foremost exporter of Arabica beans. The plants themselves are fairly delicate, requiring a fair amount of pruning and constant attention to environmental factors. The Coffee arabica species is particularly prone to disease so farming in great quantities is a challenge. This drives up the cost of the bean considerably in the global market, but many coffee drinkers around the world are happy to pay the difference because of the softer, sweeter taste.

One point to note about the popular but sensitive bean is that its taste has a reputation of being diminished a bit when it is served cold or blended with milk or creamer. While that may be the case, it’s fair to say the difference probably won’t be noticeable when you’re adding some additional flavor to the drink anyway.

When it comes to global production, Robusta coffee beans are second on the list and the most popular in Europe, the Middle East and Africa. Its name does this bean justice, as it is known for its strong and often harsh flavor profile. Robusta coffees have extremely high levels of caffeine, which makes the plant far more resilient than the Arabica species. That’s because the caffeine acts as natural insect repellent, eliminating a major threat to the tree. The coffee caniphora species is also particularly tolerant of its environment, so it can be grown in any number of altitudes and climates. Because of its reputation for tasting burnt or rubbery, robusta is not generally a very popular coffee commodity, except where very strong coffee is a cultural norm. However, because it’s so much easier to grow and harvest than Arabica beans, many farmers do tend to reap higher profits when they can sell Robusta. So where is it going? Robusta might be used for discount lines like instant coffees and is sometimes used as a filler in dark roasts. By using 3 parts Arabica to 1 part Robusta in a given batch, a roaster might save up to 20% on the cost of raw beans. However, if this looks to you like sacrificing product quality for the bottom line, you’d be right.

There are some instances, though, of delicious, hiqh quality Robusta coffees finding their way onto grocery store shelves. These are generally single-origin coffees made from craft, small-batch roasters. The very best Robusta coffee beans will have hints of chocolate and rum within their flavor profile, but in all reality, are not always readily available. At the end of the day, if your main interest in a cup of coffee is getting a daily dose of caffeine, you’d probably do just as well going with a standard cup of Robusta and cutting the flavor with cream and sugar.

Liberica coffee beans are a rare treat. They’re grown in very specific climates with production being far too scarce for farmers to scale their operations to truly satisfy a global marketplace. Even still, the beans are considered a pleasant surprise. Many who’ve tried the coffee liken the aroma to fruit and flowers and describe the flavor as having a somewhat “woody” taste.

There was a time when Liberica coffee was incredibly popular. Near the end of the nineteenth century, a plant disease now known as “coffee rust” had set in and eliminated almost all of the Arabica plants across the entire planet. Because coffee was such a huge commodity, even at that point, farmers and government bodies both set out to find suitable substitutes. The Philippines were the first to harvest and sell the Liberica plant at a noteworthy volume and as the sole supplier the nation saw its economy grow tremendously. At this point, the Philippines was a U.S. territory but as its economy grew the nation declared its independence. As a result, the U.S. imposed steep economic sanctions and cut off supplies to the country. This ultimately led to the downfall of the Liberica coffee bean in the global marketplace, as no other nations were ever able to step up and match the production that the Philippines had once pioneered.

The final type of coffee bean we introduce today is Excelsa. Excelsa is technically a member of the Liberica family, but its species is actually incredibly distinct. Like the Liberica coffee described above, Excelsa is grown primarily in Southeast Asia and represents only a small fraction of the world’s coffee production. Excelsa does boast a tart, fruitier flavor and is known for showing attributes of both light and dark roast coffees to create a unique profile that is frequently sought out by coffee enthusiasts.

How to Choose What to Buy

We’ve said it before and we’ll say it again, drinking coffee is about finding what you enjoy and sticking with it. Knowing that Arabica and Robusta the most prevalent and affordable options you’ll encounter on a regular basis, think about how you actually like to drink your coffee - hot, iced, with/without creamer? Typically, if you’re more of a coffee purist who enjoys a simple fresh, hot, black coffee then a light Arabica bean like our Ethiopian Yirgacheffe product would be an ideal choice. If you generally prefer pouring your coffee over ice or enjoying it with some additional flavor add-ins, then we might recommend giving our Knockbox Espresso a shot. The main thing to remember is that it’s all about finding what works for you, so try different things and enjoy the process!

Shop with us for all your tropical fish supplies 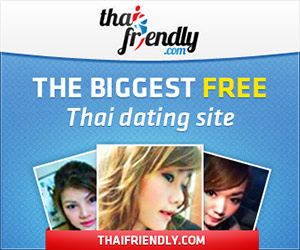